Better Writing: Should You Join a Writers Group? 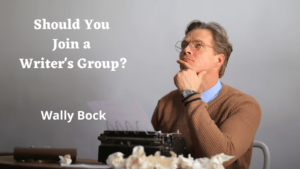 If you’re serious about improving your writing, someone, sometime, will suggest you join a writers group. That might be good advice. A good writers group can give you feedback and support. But not all writers groups do that well and not everyone benefits from a writers group.

Writers Groups You Should Avoid or Leave

Avoid or leave a group that has toxic members. Toxic members include bullies, showoffs, and airtime hogs.

Avoid or leave any group where there’s no one who’s better than you. Getting feedback from writers at the same skill level won’t turbocharge your learning.

Avoid or leave a group where there’s no one you can help. Teaching is an excellent way to learn.

Avoid or leave writers groups that are purely social. Some groups forget that the purpose of a writers group is to learn. They become more like social groups than learning groups.

Not everyone can benefit from even a good writers group. A little self-examination is in order here.

You may not be able to get the benefits of a good group if it’s hard for you to take face-to-face criticism. That’s nothing to be ashamed of. It’s just the way you are, but it makes the writers group format a poor way for you to learn.

If you’re not sure, consider this. Perhaps you’re uncomfortable because you don’t know what to say when someone gives you feedback.

Some writers groups aren’t good or aren’t right for you.

Some people don’t benefit from a writers group.

Group members should be competent, kind, and there to help.

There should be a mix of skill and experience.

All feedback is a gift. Some is useful.

When you get feedback, say, “Thank you.” Don’t defend. Don’t explain.

“ Wally Bock took my idea for a comprehensive book on newsletter marketing and made it a reality. ”
~ Jim Palmer
The Newsletter Guru
Wally Bock © 2021  |  Site By Weaving Influence
Privacy Policy  |  Terms Of Use  |  Site Map  |