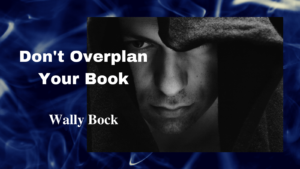 When I was in school, the outline was king. Some teachers even had us submit outlines for review before we started to write a paper. That was appropriate and effective for college English. But after more than half a century as a professional writer, I think there’s a better way to write a book.

Authors like Peter Drucker and Clay Christensen started writing right away.  They didn’t stop to research a question or work out the details of expression. The idea was to get all the way through once. Then what?

Writing before planning gets you a better book faster. You get more out of your head and onto a page or into a file. The writing helps you work out and discover relationships and problems. The zero draft identifies gaps you need to fill and questions you need to answer. Finally, since great writing is rewriting, the zero draft gets you to rewriting faster.

You can write an effective zero draft three ways. If one doesn’t work for you, try a different one.

Write the Zero Draft Straight Through

This is the way Peter Drucker did it. You write the draft straight through as fast as you can. It may be hard for you, as it’s been for many of my clients. But it’s the only way to find out where your outline ideas break down and where you have gaps in knowledge you must fill.

Writing the zero draft prevents nasty surprises and the gaps and conflicts that you won’t encounter until you’re deep into your book.

The goal is to get as much out of your head and into a file or onto a page as you can. Whatever you put down, good or bad, polished or rough, will make the first draft better. When you hit a rough patch, make a note about the issue, and move on.

The Zero Draft with False Starts

The way I just described the zero draft sounds great. In theory, you’ll write straight through one time and get all the benefits. Alas, zero drafts, and life in general, usually don’t work that way.

I’ve had the experience of writing a zero draft and getting about a third of the way into the process when the whole thing blew up in my face. One time I realized that the sequence of ideas must change. Another time connections that worked out perfectly in my head started lurching and giving off smoke when I tried to write them onto a page. Several of my clients had similar experiences.

When that happens, just start over. You might want to sketch an outline of your key points so that you gather the lesson from the explosion.

Write the Zero Draft from A Basic Outline

Suzi McAlpine used this method when she wrote her book, Beating Burnout (scheduled for release by Penguin in February 2021). Suzi was just more comfortable using an outline and produced a better zero draft because of it.

Even so, writing the zero draft convinced her to move some things around in her outline. The zero draft also suggested additions for the book and combinations of ideas. If you’re using this method to do a zero draft, you need to change your working outline as you go.

The Zero Draft is the draft you write before the first draft.

Writing will help you identify the important stuff and the order of presentation.

You won’t discover many writing problems until you quit planning and start writing.

Writing a Zero Draft gets you to rewriting faster.